Data from The Swedish Public Health Agency (FHM) from their daily released statistics report. All time series are processed with a moving average filter over one week to eliminate weekday variations in reporting. All numbers are normalised with the population, and reported per 100.000 persons. The second figure is a zoomed-in version of the first one, focusing on the second wave. 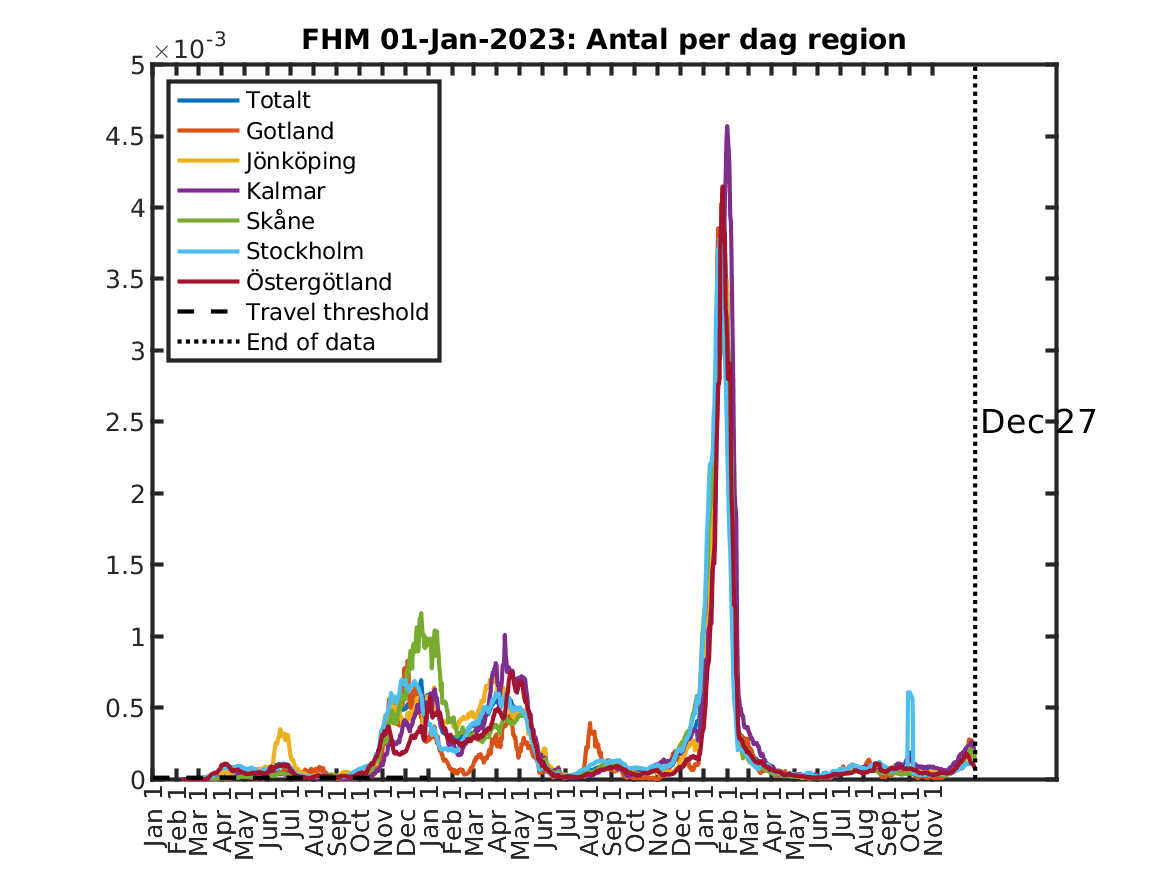 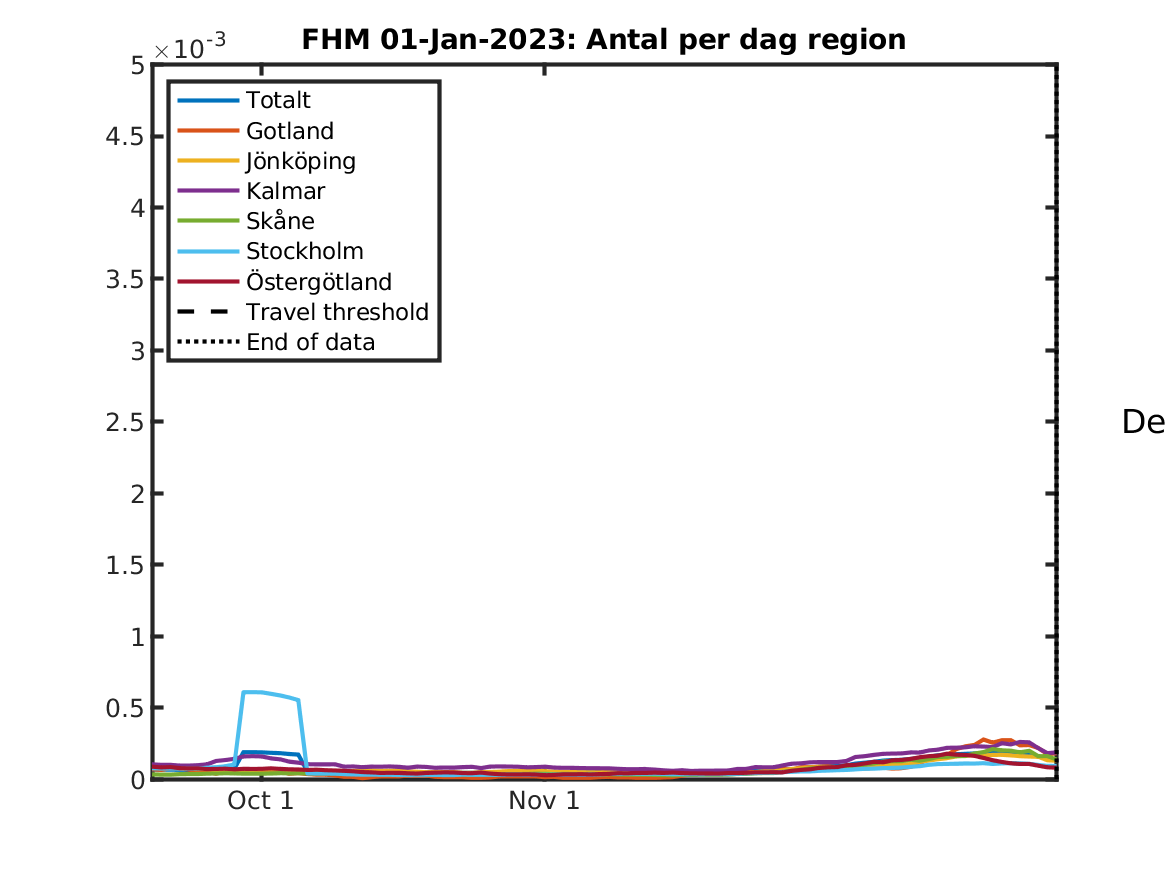 The following plot shows how the cases are distributed among three age groups. 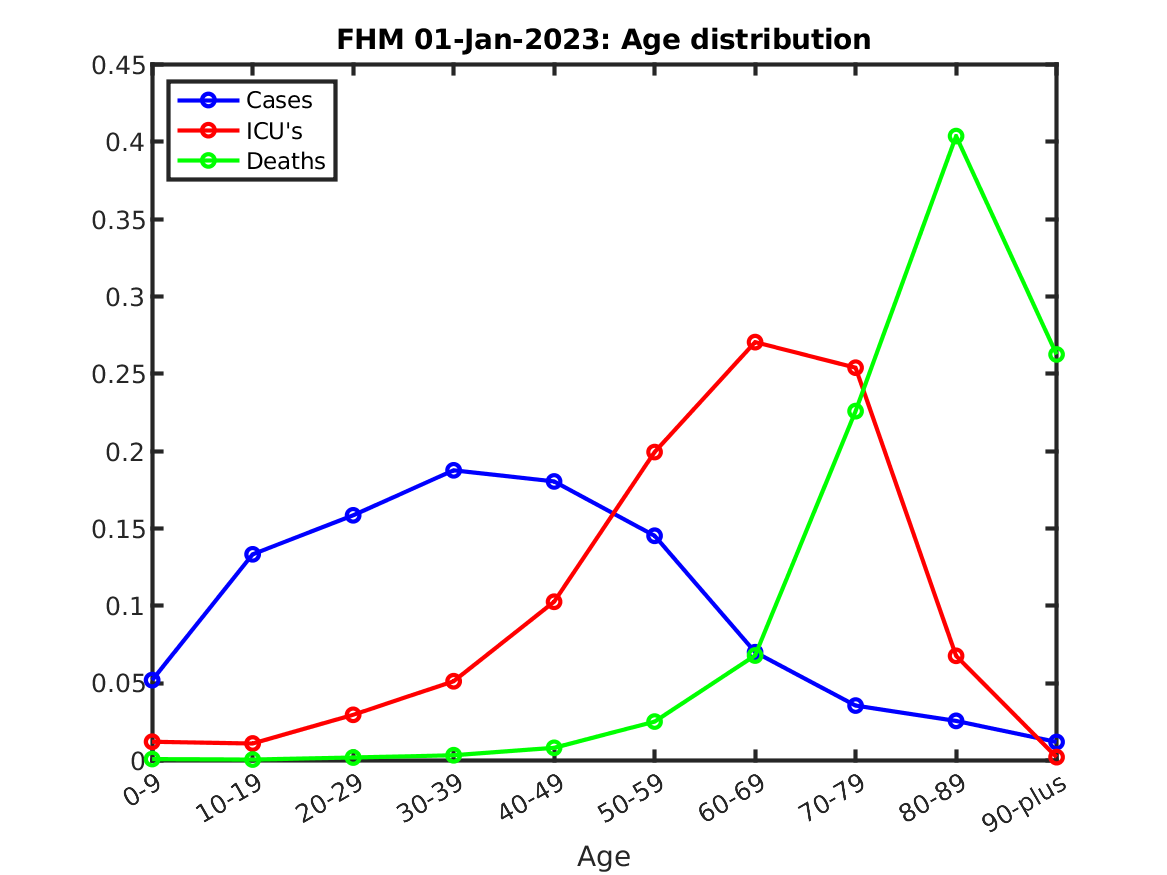