The data visualised here are taken from c19.se. Kudos to the IT guys behind this initiative for merging different sources into one easily navigated site. What we do here, is basically some filtering to focus on the regional differences. We apply a one week moving average filter, normalize all figures with the population to get numbers per 100.000 persons, and compare each parameter between the regions. First, a summary in table format of the considered regions, explained as follows:

The figures below show the number of cumulative and daily, respectively, cases in selected Swedish regions. 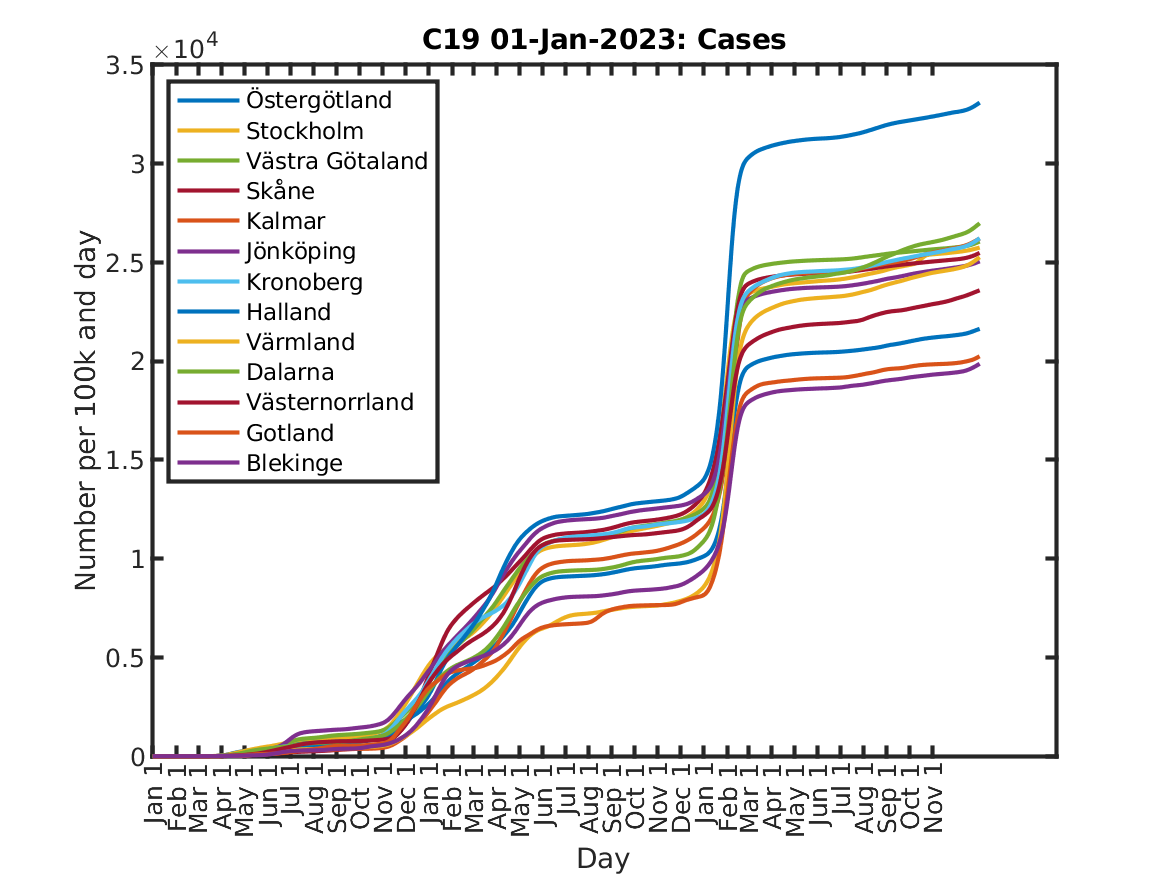 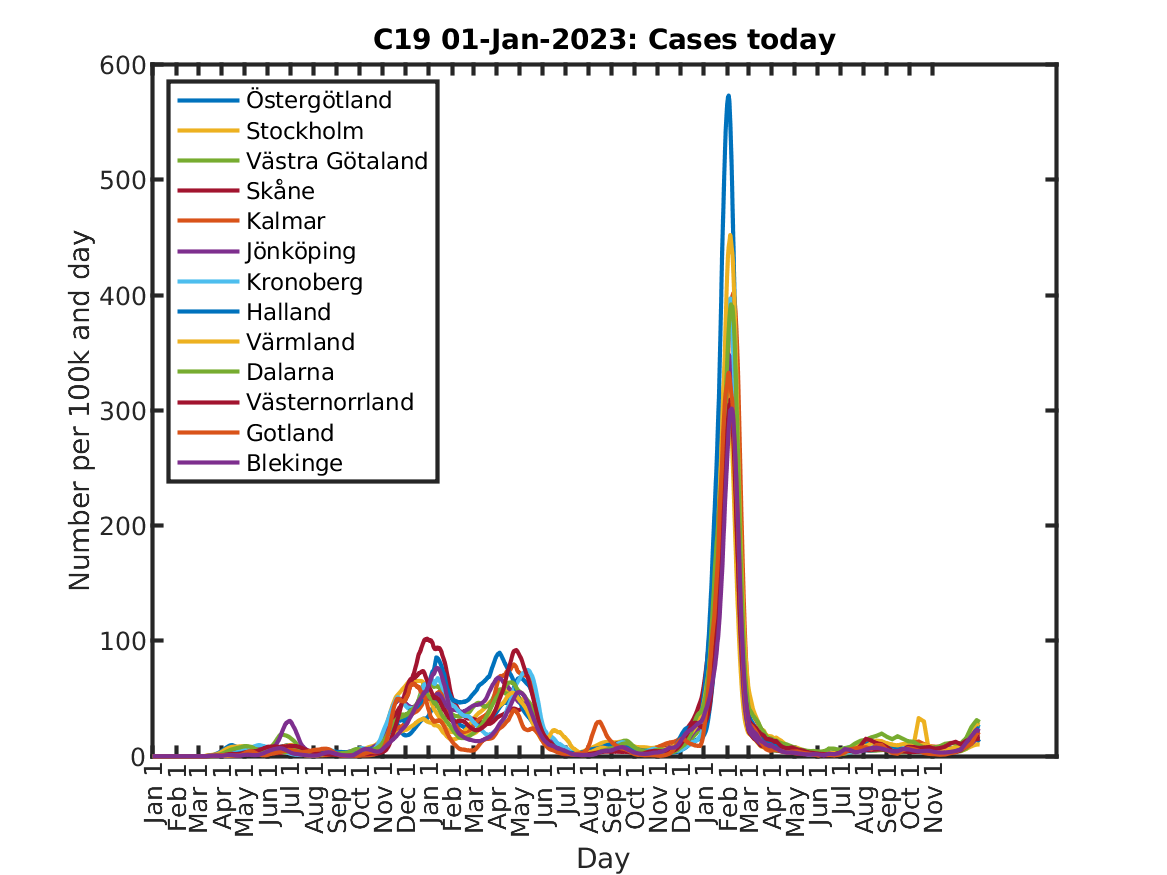 These case numbers are used by our neighbouring countries as a decision variable for border closures. The threshold is computed a bit differently, but it is about 20 cases per 100k and week. The next plot shows the decision variable, which is the two week running average of reported cases, compared to the threshold of 20/7 cases per day (20 per week). 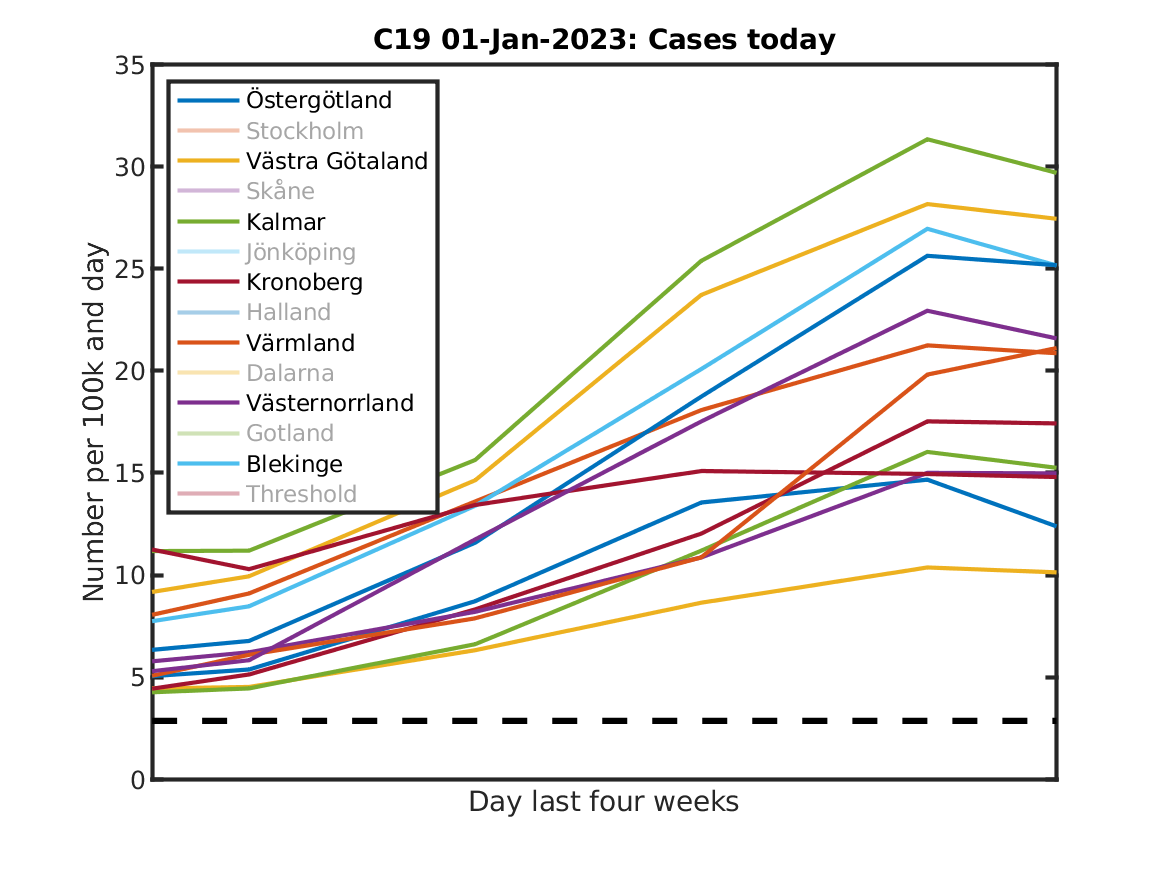 The next figures show cumulative and daily, respectively, mortality. 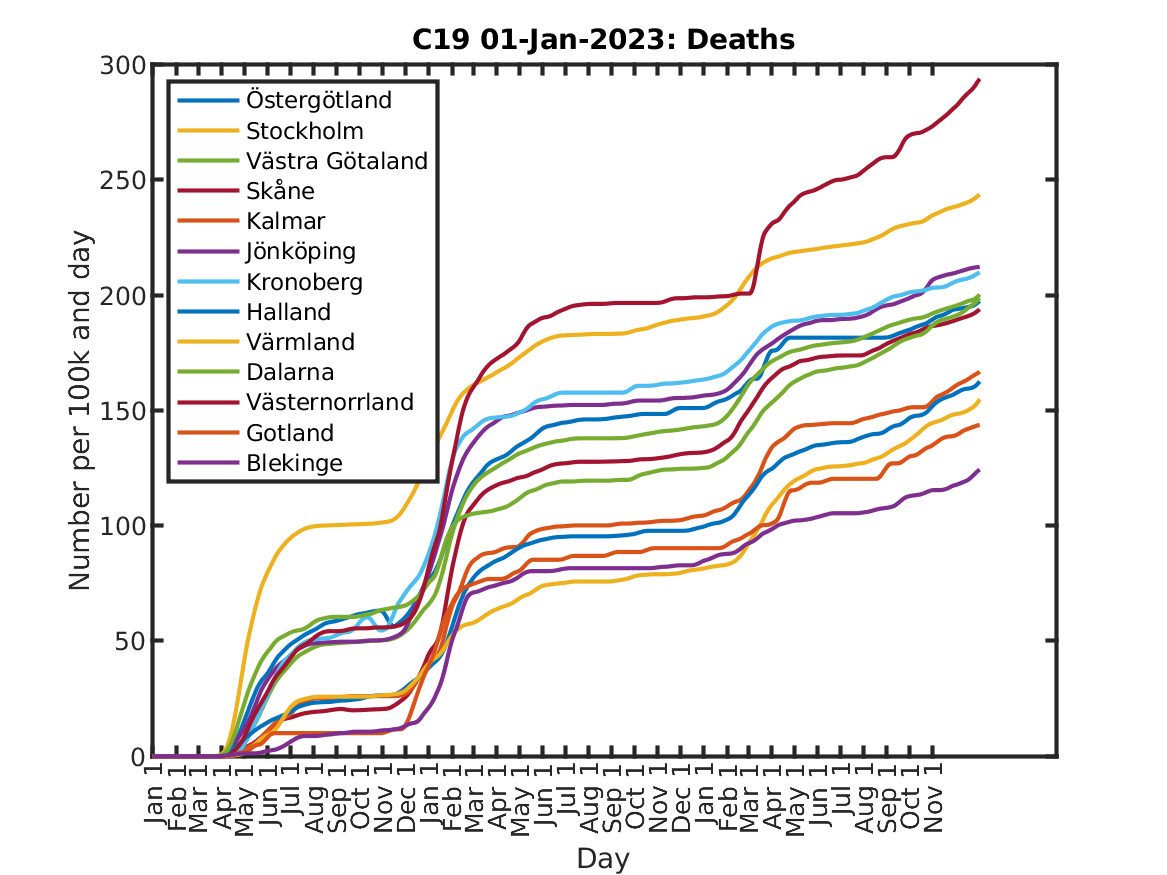 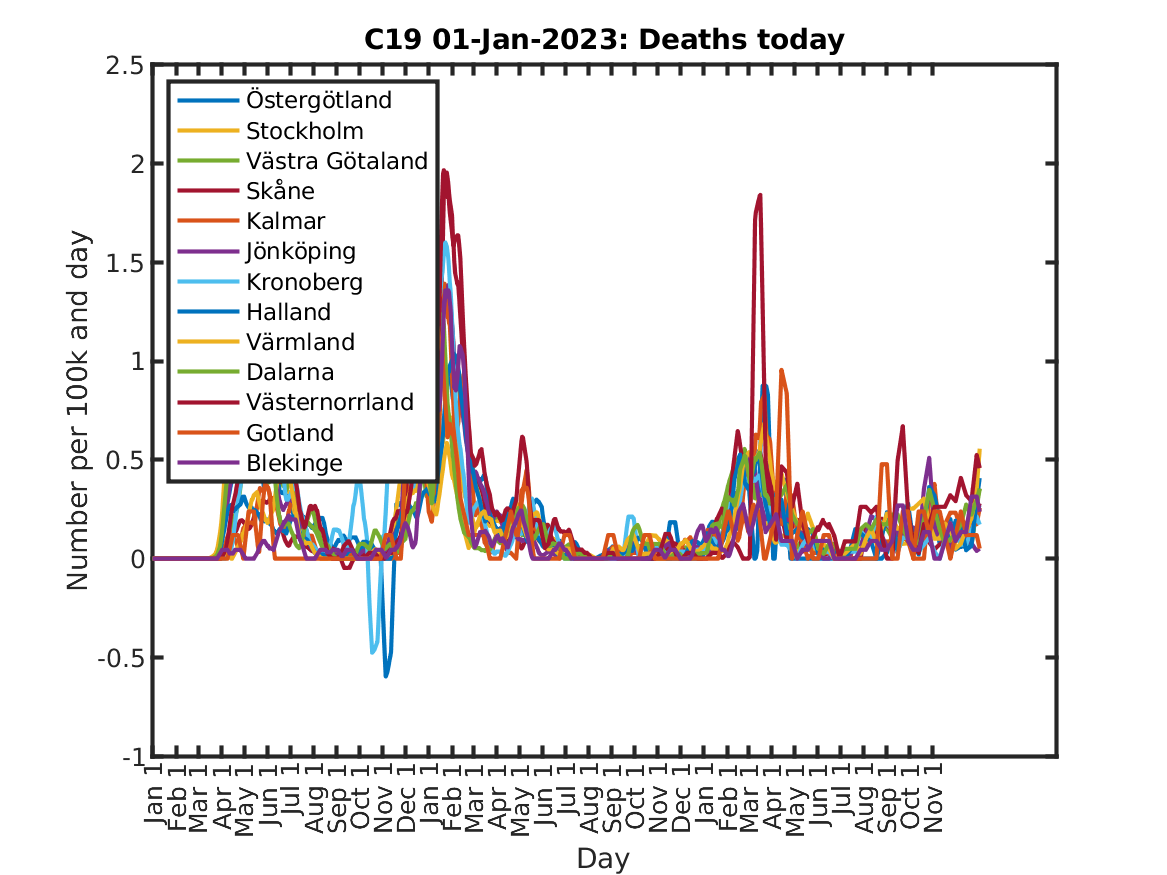 Further, the figures below illustrate the pressure on the healthcare system. Note that not all regions present this statistics, probably from privacy issues when the amount is quite limited in these regions.